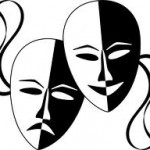 Worrying is not Worth It
Hanalei Diaries: Day 7
Phillip Phillips and American Idol

My Top Ten Favorite Things About Fall
Slow Down and Blog
My Napa Getaway
Our Trip to Point Reyes
NurtureShock is an Eye Opener
Seatbelt Bags - Could I finally have found the perfect handbag?