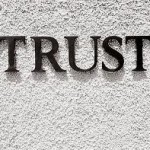 Let your Kids earn your Trust in them

This past year has been a huge year of growth for my 10 year old daughter, Broadway.

About a year ago, she started asking if she could ride her bike around town with her friends to go to the ice cream parlor, pick up food at the grocery store, or to go to the park.

At first, Mountain Man and I thought that at the age of nine, she was way too young to be able to ride a few miles around town without our supervision, but we finally gave in after a few months of prodding.

I’m so glad we came to our senses and let go a little bit.

Giving her this taste of independence has been huge for Broadway, Mountain Man and I. Broadway has gained confidence now in several areas that she would not have been able to gain without us letting go a little.

1. She can get to and from places on her own, without the help of the “Mom shuttle” taking her everywhere.

2. She understands how to go into the the grocery store on her own and how to go through the checkout line.

3. She has established trust with Mountain Man I by consistently checking in with us on her cell phone.  One of the rules for this independence experiment was that she would need to check in with us at each stop as she rode around town with her friends.  And, she absolutely has adhered to this policy.

I think if we had waited until she was older, she would have thought checking in was silly. But, at 9 1/2, they are eager to show their respect for your rules so that they can continue to ride bikes on their own.  They know this is a privilege, and not to be taken for granted..

4. She understands the safety rules of the road.  Walking her bike across the crosswalk, which side of the road to ride on, never talking to strangers, being alert at all times, and always having a destination in mind.  No wandering or loitering.

5. She comes back from her journeys with glowing confidence and tells us all about her rides and adventures.

I believe that if we had continued to restrict her and drove her everywhere, and hovered over her every move, she would have gradually lost confidence in herself.  I think that she would have received a signal from us that we did not have trust in her, and that, therefore, she was not capable of taking care of herself.

Clearly, that is not at all what we are trying to achieve as parents.

I realize letting my 10 year old ride her bike around town with friends is not really a huge deal, but when its their first step towards independence, it really doesn’t matter what the activity is, it just feels like a big deal.

So, Mountain Man and I are happy with this decision.  After testing out the age parameters for riding a bike around town without us, we will be confident letting our eight year old, Imagineer, try the same taste of independence when she turns 9 1/2.

Now, I realize that each child is different, and they will each have to individually gain our trust, but we’re hopeful that with Broadway’s great example, they will.

Go Ahead.  Let go a little (as long as they have a cell phone to check in with you) :).  I think your kids will surprise you with their new found confidence and respect for your rules.  If you believe in them, they will believe in themselves.

Pinterest
2
« “The Witchy Worries of Abbie Adams”, by Rhonda Hayter
We Went to the San Francisco Zoo Today »