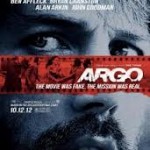 Slow Down and Blog
Did you ever Collect Something?
Five Year Olds and Birthday Parties
Our Trip to Point Reyes
Procrastination
Another Summer Day, Another Furry Pet joins our Family...