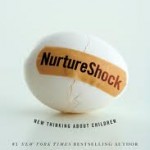 We Bought a Zoo is a Wonderful Movie
Giving our Kids Space to Grow
The Accidental Tourist, by Anne Tyler

Two Great Iphone Apps for Mom
I want a Purple Crayon like Harold's!
Sherlock on PBS is Brilliant

Sitting at my Desk
Another Summer Day, Another Furry Pet joins our Family...
Mrs. Meyers - Aromatherapy for your house