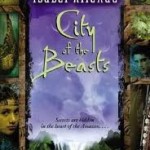 "An Offer You Can't Refuse", by Jill Mansell
"The Little Lady Agency", by Hester Browne
"Steve Jobs" By Walter Isaacson
NurtureShock is an Eye Opener
"Zen in the Art of Writing", by Ray Bradbury
"Sideways Stories from Wayside School", by Louis Sachar

Did you ever Collect Something?
The Big Apple
Wordless Wednesday: I Need to Learn how to Draw