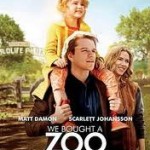 We Bought a Zoo

I watched “We Bought a Zoo” last night with my 10 and 8 year old daughters.  Wow, what a unique and very touching story.

I’ll admit that I do get emotional at times with some movies, but with this one, I went a little overboard on the emotion scale.  At the very end, there is an incredibly touching scene where I was just full out bawling.  Luckily, it was dark and I was wearing a fluffy jacket that served as a great kleenex substitute.  🙂

The movie stars Matt Damon, who plays Benjamin Mee and Scarlett Johannsen who plays Kelly (the head zookeeper).  Benjamin Mee has recently lost his wife and is left with two kids, ages 7 and 14.

The movie begins by showing how the entire town is constantly showing a little too much sympathy towards Benjamin, and looking at him with sad eyes.  Everywhere he goes in town, he is reminded of his wife.  Towards the beginning of the movie, his 14 year old son is expelled from his school, and Benjamin decides it is time for a complete overhaul of their life.

As Benjamin and his daughter, Rosie, and their kooky realtor are driving by houses, everything looks plain and just more of the same.  Then Rosie sees an MLS page that looks like a wonderful house to her.  It was large and on a lot of land.  When I say a lot, we are talking multiple acres and then some.

The realtor does not seem to enthused about this house as there are “complications” with this particular listing.  However, Benjamin insists on seeing the house.  When Benjamin and Rosie are walking through the house, they hear a large animal noise.  I’m not talking about a deer running in the woods or something like that, I’m talking about a lion’s roar.

The complication with the house is that whoever buys the house must agree to also run and upkeep the zoo that is also on the property.  Yes, I said a zoo.  How crazy is that?  I just love this story.  So unique.

Benjamin’s eyes pop out of his head and you just feel so bad for him.  So excited about the house and moving away, and then so deflated that it comes with a zoo.  ( 🙂 )

It appears that he takes a few days to think about it, and decides that, yes, he would like to buy the house and the zoo.

Benjamin meets the current staff of the zoo that I believe included about six people.  They all look at him like he’s a nut for buying the dilapidated zoo, but Benjamin pushes through.  He learns that running a zoo is extremely costly and very hard work.  Luckily, Scarlett Johannsen (Kelly), the head zookeeper, loves the animals and works very hard to keep everything running smoothly.

One of the main plot lines is that the staff must band together to pass the dreaded inspection before being able to open their doors to the public and start paying off their many bills for the refurbishments.  The pending inspection pulls the troops together to work very hard and they succeed!

The opening day is a really sweet part of the movie.

I was really pleasantly surprised by this movie and think its a great one for the whole family to watch together.  There are so many important life lessons covered including: hard work reaps rewards, team unity, the importance of moving on with your life after a tragedy, and the importance of human kindness towards animals.

I love movies that show the power that can be achieved in numbers.  In this movie, a group bands together to save the plight of the endangered animals that were housed at this zoo, and it worked.

In the movie, the zoo is called Rosemoor Wildlife Park and is located somewhere in southern California, 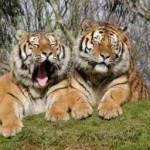 however, in reality, the zoo is in Devon, England.  The Dartmoor Zoological Park has a website with loads of information on the park and its goals.

One experience the Dartmoor Zoo offers is to be a “Big Cat Keeper for the day”.  I think this is just so neat to give people real hands on experience. 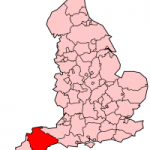 I have never heard of such an amazing experience offered at a zoo.  This is definitely a hands on learning experience that could be life-changing for kids and adults alike.  Hopefully this will inspire visitors to focus on wildlife preservation.  I know my eyes have been opened up after this movie.

This movie inspires the viewers to take part in a meaningful project, work hard, and fight until success.  It would be such an incredible experience to really get to know these wild animals on a first name basis and to take care of them on a daily basis for an extended period of time.  Come to think of it, a zoo camp would be really neat.  I’ll have to research that idea and report back.

As you can probably tell, Devon, located in the southwestern part of England, is high up on my list of places I would like to visit now.  The Dartmoor Zoological Park would be my first stop.  🙂

Differences between the Movie and the Real Story

Zoo Purchase:  Movie showed Benjamin buying the zoo after his wife passes away.  In Real life, Benjamin and his wife purchased the zoo together.

Animal Escape:  Movie shows a Grizzly Bear escaping from the zoo.  In Real life, a jaguar escaped from the zoo.

Age of Children:  Movie shows Dylan and Rosie as 14 and 7 years old respectively.  In Real life, they were 6 and 4 years old at the time.

As reviewed by my 10 year old daughter…….

I enjoyed this movie so much and my friends enjoyed it, too.  It is a heartwarming story that would be every kid’s dream.  In the movie, and probably in real life, the zookeepers are so kind and caring to the animals which is very inspiring.  This movie is one of the best movies I ever watched.

Friends with Kids is a Ridiculously Funny Movie
Seatbelt Bags - Could I finally have found the perfect handbag?
My Sonoma Getaway

Sharkboy and Lavagirl
Sounds from my Backyard
Happy One Year Blog Anniversary to MOTM
Seatbelt Bags - Could I finally have found the perfect handbag?
A One Week Vacation that Turned into Two Weeks
My Third Grade Teacher

Swimming from Alcatraz Island
Hanalei Diaries: On my way to Hanalei
My Strange Dream