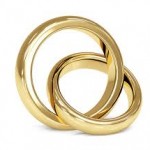 I was watching Matt Grevers win the 100 Back last week in the Olympics, and was so impressed, I wanted to find out more about him.  So, I started with a google search.

One of the first news stories that comes up when you search for Matt Grevers is his surprise marriage proposal to fellow swimmer, Annie Chandler, that took place earlier this year.

In a nutshell, Matt proposes to Annie on the medal stands after receiving his medal at the Missouri Grand Prix.

She is shocked, stunned, and very happy.  Its very sweet.  Grevers says in an interview with Ryan Seachrest that he could not put the ring in his warm up jacket before the race, because it would be too obvious, so he had his Mom sneak it in to his jacket after he was out of his jacket and walking to his race.

He also says that the deep breaths he was taking on the medal stand were not because he was tired, but he was very nervous about the upcoming dropping down on one knee and proposing event. 🙂

This story inspired me to check out other creative proposals.  There were quite a few, but these are my three favorites, in no particular order (ok, the muppet proposal is my favorite 🙂  ).

1. The medal stand is first on my list for creative marriage proposals

Ok, this one made me cry.

Sid Caeser proposed to his long time girlfriend, Sara Prindiville, via a muppet movie that he created.

He purchased muppets that resembled each of them, and created a movie of the Muppets meeting each other, frolicking around, then at the end, Sid’s muppet opens an engagement ring box and proposes to Sara’s muppet.  Sid’s planning went much further than the actual movie though.  He also invited 30 friends and family to be sitting behind them in the theater where the movie was being shown as a trailer.

SO creative and very heartwarming.

Have a box of kleenex at the ready for this one:

For the story in Sid’s own words, check out the link below:

3. Through a Crossword Puzzle

Back in the spring of 2011, Corey Newman proposed to Marlowe Epstein through a Sunday Washington Post Crossword Puzzle.  Newman worked with an editor at the Post to create this crossword puzzle that spelled out clues including her first name, his first name, etc..  When the puzzle spelled out willyoumarryme, he got down on one knee and proposed.

The video of the actual proposal at the link below: