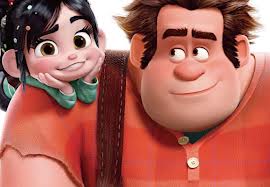 I accidentally dropped my iphone yesterday afternoon and broke the glass face.  Such a bummer.  I’ve dropped my phone many times, but have never actually broken it.  Anyway, long story short, I wanted to get myself to our local Apple store immediately for advice.

Well, the Apple store is one block from the movie theater, so we decided to make it a family outing and take everyone to see the much anticipated Wreck it Ralph.

Bam Bam has been talking about seeing this movie since he first saw a preview about it five months ago.

I can tell you that this movie lived up to the hype.

What’s Wreck it Ralph about?

This movie is like Toy Story, but instead of the toys in a child’s bedroom coming to life, the characters in video games actually have their own lives when the arcade closes for the night.

Wreck it Ralph, voice by John C. Reilly, is one of the main characters in Fix it Felix, a video game where the gamer controls Felix in an effort to clean up the mess that has been caused by Ralph.  Ralph tears down a building and Felix has to keep rebuilding.

Well, Ralph grows tired of being the bad guy.  He is forced to live in a dump by himself at night, while Felix(voice by Jack McBrayer), and the Nicelanders (the residents of the building) live in a nice building, have parties, and eat cake.  Ralph wants this life.

Ralph attends a Bad guys anonymous group, where they all discuss the trials of being the bad guy.  Its such a funny scene, as you will notice many of the bad guys from games that you probably played as a kid.  The orange ghost from pac man and bowser from mario brothers are there, among others. Mountain Man knew all of the bad buys in the meeting, as he was a bit more into video games in his younger years than I was, apparently.

The bad guys tell Ralph that it is just his place in life, to be the bad guy.

Ralph cannot accept this fate, and sets out to be included in the camaraderie of the Nicelanders.

Ralph Looks for a Medal

Ralph decides that in order to be liked by the Nicelander, he must find a medal.  Felix wins a medal for rebuilding the building for the townspeople, so Ralph figures that with a medal, the people will be kind to him too.

He goes searching for a medal and finds one in a neighboring video game called Hero City, where he meets Calhoun (voice by Jane Lynch).  Somehow, on his way home to Fix it Felix, he falls into the game Sugar Rush, where he loses his medal, and meets Venelope Von Schweetz (voice by Sarah Silverman).  It is here where the adventure and heartwarming story begins.

I like that this movie is not predictable.  There are definitely a few surprises, and the creativity of the characters and adventures is really fantastic.

This movie is appropriate for 4 and up.  I went with my family of five, which included two adults, one eleven year old, one nine year old and one five year old.

We ALL loved it.  Ten Thumbs up! 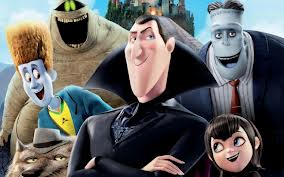 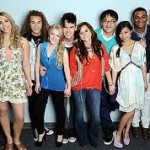 Last night, I took Broadway and Imagineer to the American Idol concert at the HP Pavilion in San Jose.  They were both SO excited to see their favorite contestants in person.

END_OF_DOCUMENT_TOKEN_TO_BE_REPLACED 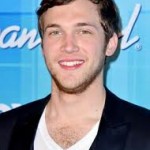 So, this was the first year that my 4th grade daughter and I watched American Idol from start to finish.  When I say “start to finish”, I really mean we started watching when they were showing the final few hundred battling it out in Hollywood.

We actually handed in our cable box two years ago and lived without cable for two years.  It was Wonderful.  We still let the kids watch shows on NetFlix and Hulu, but cable with its 900 channels of mostly awful programs and tons of annoying commercials, was not in my house. (sorry for that quick rant)

The two reasons we decided to bring cable back into our lives last October was for Mountain Man to watch ESPN again, and for Broadway to be able to watch American Idol, since she loves singing and theater.

American Idol is Fun to enjoy as a Family

I think American Idol is so much fun to watch as a family.  The kids that make it to the final rounds of singing truly are incredibly hard workers and appear to be very respectful of each other, and just all around good kids.  I like to expose my little ones to other young kids going after a dream.  Very inspiring.

Although for the whole season, my country music loving fourth grader wanted Skylar to win, when it came down the last few shows (after Skylar was booted off), we started to root for Phillip.

I love that a true artist won this year.  He, more than any of the other contestants, really made the songs he sang his own.  He is not a cookie cutter singer in the least bit, and he really reminds Mountain Man and I of Bruce Springsteen in that regard.  We are huge fans of Bruce Springsteen, so are hoping that Phillip can enjoy a career like Bruce.

One of my favorite of Phillip’s performances was of Damien Rice’s “Volcano”.  I had never heard of that song, but I sure love it now.

Phillip’s quirky moves on stage are just awesome.  These moves just add more to his uniqueness and goofy factor.  As evidenced with my love for Will Ferrell, goofiness is one of my all time favorite traits.

I just read in the news, that Phillip underwent a six and a half hour kidney surgery yesterday to remove large kidney stones that were too large to pass on their own.  The surgery was a success!!  And, Phillip is looking forward to starting the American Idol summer tour in the beginning of July.

Talk about strength of character!  Phillip was in pain for this entire competition, but persevered throughout in a BIG way.  I can’t imagine, as a Mom myself, what his Mother must have gone through for these past few months, but I am thankful for Phillip and his entire family that the surgery is behind him.  Now, he can focus on recovery and his amazing musical talent. 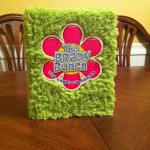 Far Out, Groovy, Out of Sight.  Yes, its time to talk about the Brady’s.

My sister came to visit us last week and brought the full collection of the five seasons of the Brady Bunch for my little ones.

I was surprised to find out there were only five seasons.  I felt like I watched episodes of the Brady’s for much longer than five years.

The DVD case is covered in a shag rug type covering.  So funny.  🙂

So, my kids have made it to the season 3 DVD which includes their family trip to the Grand Canyon.  Remember that one?  They visit an old western town and get locked in jail by a cooky prospector, then meet a boy from an Indian tribe living in the Grand Canyon.

I used to think the Brady’s had the greatest adventures. 🙂  I love that my kids are now enjoying this series as much as I did.  And, as a bonus, I do not have to worry about anything being inappropriate for young eyes to watch.

How nice would that be if that were always the case with children’s shows?  Unfortunately, nowadays, that is far from being the case.  I think DVDs are really the way to go for TV or Movie entertainment.  Just completely cut out any exposure to commercials or the possibility that the kids will channel surf to the wrong channel.

We love NetFlix for this reason.  The children and family section has a huge selection of great tv shows and movies, with zero commercials.  We love it.

The Grand Canyon pops up again

It struck me as so weird how I had just written my post on my Grand Canyon dream yesterday, then later 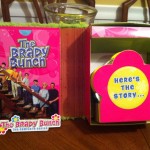 that day, we happen to watch the three part Brady Bunch Grand Canyon show.  That sort of thing has happened so many times to me where you become more aware of something, then it starts showing up much  more often in your life.

Like when I was pregnant with my first child (Broadway), I felt like I would see many pregnant women around town. However, before becoming pregnant, I guess I just wasn’t thinking about family or having kids, so did not notice pregnant women.  I was probably only noticing good restaurants for Mountain Man and I to go to for a date night, or noticing the bicycle shop where we could buy new bikes for our rides.  Your focus kind of changes with kids, doesn’t it?

Although, I have to say, I am still on high alert for great restaurants for our date nights.  Date Nights are the best and should be implemented at least two times per month for every couple with young kids (and older kids too!).  I just happen to be a Mom with young kids at the moment, so probably more focused and in tune with the rigors of parenting the younger set. 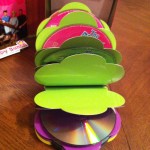 Now, back to the main topic of this post. (sometimes I digress a little)   🙂

I highly recommend this Brady Bunch DVD set.  It is so neat to have the entire collection of the Brady’s adventures.  They were such a clean cut, All American family with great characters.

I’m going to keep this set up in a very high place, so they do not become victim to the scratched DVD wasteland that has occurred in our family room.  This one will be treasured, and only taken down by me or Mountain Man from our high set of drawers.

I’m sure we will continue to enjoy watching these episodes for breaks from our summer activities.  Great timing for this gift!  Thanks Sis.