We went Boogie Boarding and Surfing at Pine Tree Beach in Hanalei Bay this morning.  The waves were a bit on the rough side, but not enough to stop our group from grabbing plenty of wavy rides into the beach on our boards.

At one point, a person on the beach said to me sarcastically “wow, its a shame they’re not having more fun.”  🙂  The kids were smiling and laughing the whole time.  It really was a joy to watch. 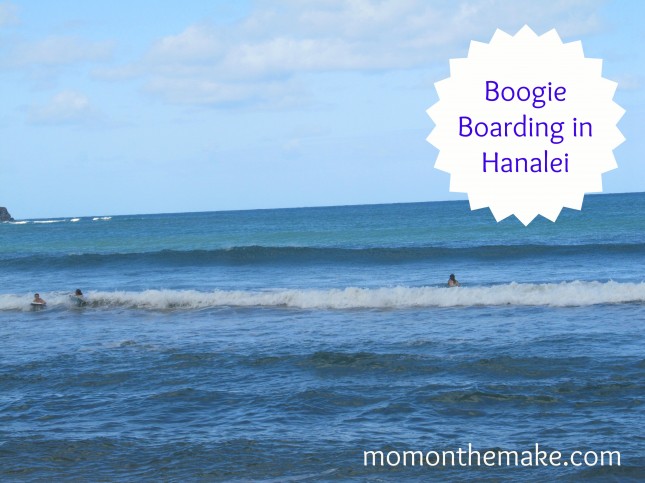 Of course, what he was referring to was one of the Hula Dancing shows being advertised on the island.  But to anyone overhearing our conversation, it probably sounded somewhat odd to hear a four year old asking to see dancing girls in a show. We all got a big kick out this one.  Bam Bam is just full of questions where you just want to say “Whhhaaat?” 🙂  Four year olds say the funniest things, and they’re so darn cute when they do.

We decided to take him to the 5pm Hula Dancing show at the Coconut Marketplace in Kapaa on Wednesday night.  The show is produced by a local hula dancing school.  If you purchase leis, your $5 goes to supporting the school.

Unfortunately, we were caught in traffic for a few miles on our way from Hanalei to Kapaa, so we only made the last 10 minutes of the show, but at least it was something. 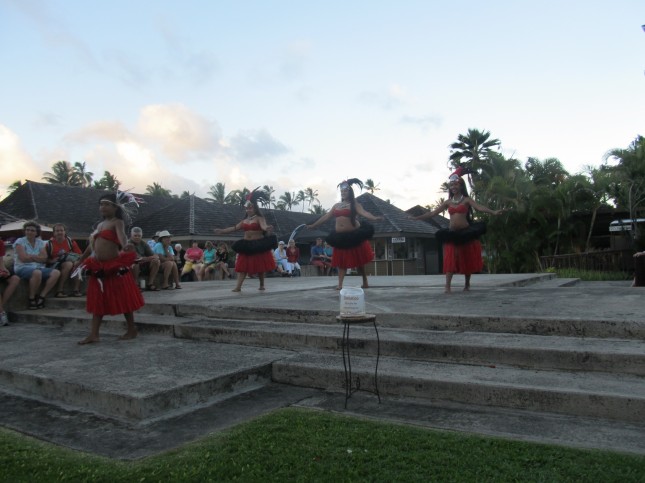 On our way back, we were starved, so naturally yelped best fish tacos nearby, and were directed to Tiki Tacos in Kapaa. 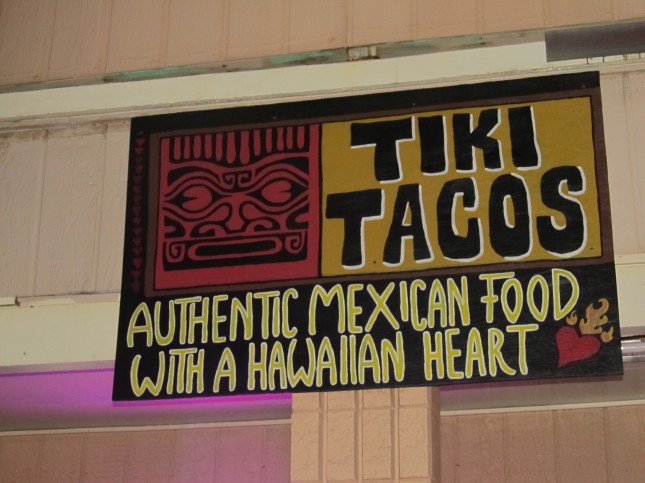 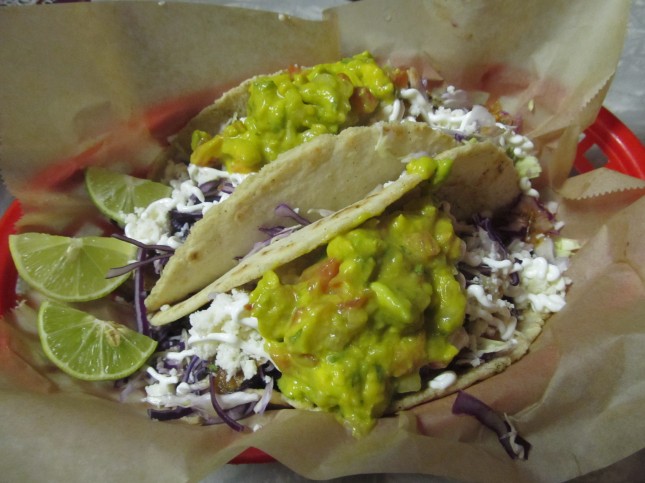 Fish Tacos at Tiki Tacos in Kapaa, Kauai – a Must stop! Fresh ingredients including homemade tortillas.

I love finding out of the way places to eat at during our various adventures.  When you see a constant stream of locals entering the restaurant, you know you’ve hit the jackpot.

Tiki Tacos is a jackpot.

Pinterest
0
« How to Create a Photo Collage
Hanalei Diaries: Day 5 »