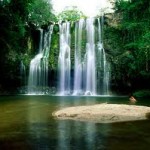 In order to get my mind away from my sometimes humdrum daily duties of shuttling my kids to and fro from one activity to another, cooking meals, cleaning house and walking the dog, I let my mind drift to my next dream vacation spot.  Typically, the spot that enters my mind is Hawaii.

I have been to Kauai three times and Oahu once.  My idyllic spot to dream about is Hanalei Bay on the North Shore of Kauai.  The waterfalls seem to go on for miles, the waves are just right for a beginner surfer, and you can really grab a local flavor there that feels worlds apart from the touristy areas.

However, I have a new dream spot.  You guessed it – the land of adventure, Costa Rica.

A friend of mine and her family visit Costa Rica once a year for their annual vacation.  I used to always only consider Hawaii as the perfect destination, but when my friend’s family described waking up one morning to a herd of turtles on the beach right outside their home, I quickly became more interested in expanding my horizons.

I love turtles and all sea creatures, except maybe piranhas.  🙂  This family would also describe how the home they rented came with a chef and a housekeeper and that all of this was included in their package deal.  The package deal was significantly less than a package to Hawaii.

Researching a Trip to Costa Rica

Up until two years ago, I had never heard of VRBO (Vacation Rentals By Owner).  Whenever we planned our vacations, we would just go to priceline and find the best hotel deal we could find.  I first heard about VRBO from my friend who goes to Costa Rica.  At first, I didn’t think much of it, and then about a year later, I decided to check out VRBO for a vacation we were planning to Lake Tahoe during August.

Well, I could not believe how much more space and amenities you can get with a VRBO than with a hotel.  We booked a three bedroom condo walkable to a private beach that came with a fully equipped kitchen, laundry room and new carpeting for $170 per night.  If we had chosen to stay at the nearby four star hotel, the cost per night would have been $320 per night.  The hotel would have given us one room with two beds and then a rollaway bed for our four year old.  Talk about a Major Difference in accommodations!  Needless to say, this trip opened our eyes in a BIG way about the advantages of checking in with VRBO when planning any vacation, short or long.

So, when I started considering Costa Rica more closely, I went to VRBO immediately and could not believe 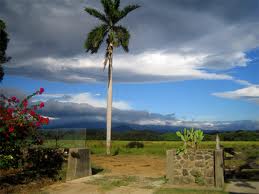 what I found.  This particular Costa Rica Vacation Home is right on the beach and sleeps up to 11 people and rents for only $2200 per week for high season and $1900 per week for low season.  We are considering going with another family of five, so divide those fees in half, and that is how much we would have to pay on a beautiful Costa Rican beach in a spacious home.  The reviews on VRBO are typically very descriptive and are a huge help when trying to plan the perfect vacation.

I keep hearing about the magnificent turtles in Costa Rica, so I decided to do a little research on them.  It turns out there are six different types of turtle species in Costa Rica including the following:

It sounds like trying to see a turtle nesting time take place should be a priority.  Apparently in January, the Costa Rican beaches are swarming with Leatherback turtles.  The huge adult females who are six feet long will dig large holes in the sand to lay their eggs.  At the same time, tiny hatchlings are digging out of the hole and immediately run to the water as fast as they can.  It has been described to look like little wind up turtle toys, watching their legs spin around super fast. 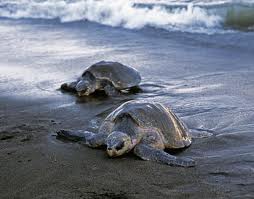 The male turtles will run for the water and never be seen again on land for the rest of their 100 year life.  The females, on the other hand, come back to the beach to have their babies.
If you want to catch a glimpse of this extraordinary sight, you have to be on the beach during the night.  The hatchlings will not emerge from the holes during the daylight because the sun is too hot.  This is just simply amazing to me an definitely on my “to do” list.
This definitely sounds like an experience you will not soon forget.  Did I mention that the six foot female Leatherbacks weight one ton?

Costa Rica is located in Central America with Nicaragua to the north and Panama the southeast.  The Pacific 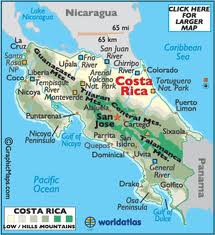 ocean lies to the west of Costa Rica and the Caribbean Sea to the east.

Costa Rica is also comprised of several islands.  Cocos Island is the farthest island from continental Costa Rica at 300 miles away and Calero Island is the largest of the islands at 58 square miles.

The seasons in Costa Rica are determined by the amount of rainfall during a particular period.  There are two seasons:  the summer (December to April), or “dry” season and the winter (May to November), or “rainy” season.

The literacy rate in Costa Rica is at 94.9%, which is one of the highest in Latin America.

Hopefully Costa Rica will be my next big adventure.  🙂 It sounds like the perfect mix of adventure and relaxation.  I will keep you posted on my Costa Rica plans.

Finally, Back in the Water
Top 11 Ways to Annoy A Flight Attendant
Smartlash Works!